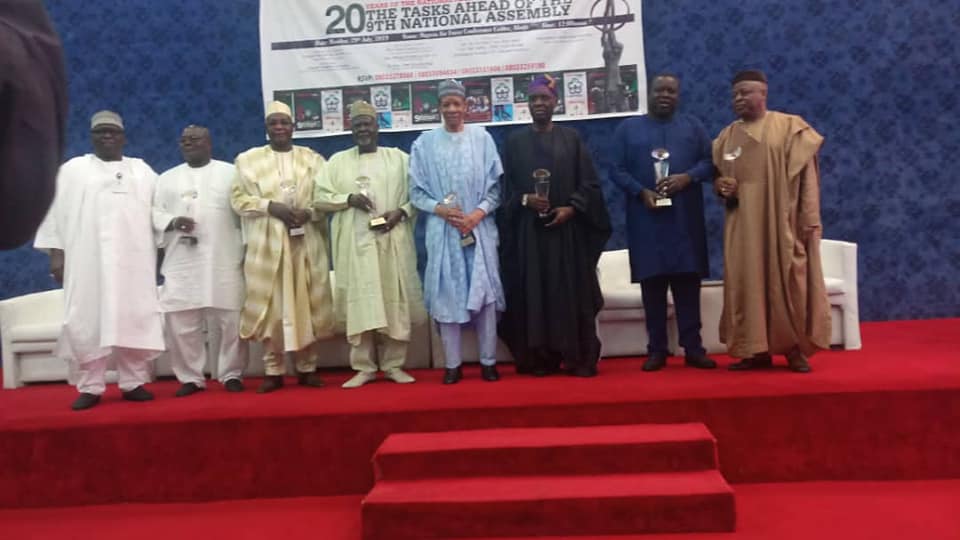 Represented by the Director, Public Affairs of the Commission, Dr. Henry Nkemadu, Danbatta said NCC's participation was in appreciation of the Assembly's commitment to openness through the magazine publication and intellectual engagement of stakeholders on national issues.

Danbatta also noted that the Commission's attendance at such important forum was in line with Item Five of the NCC's 8-Point Agenda, which speaks to its vision to strategic collaboration and partnership.
He said through the vision, the NCC seeks to foster avenue for synergy with government Ministries, Departments and Agencies (MDAs), communities and relevant local and international non-state actors to advance the use of ICT for Development (ICT4Dev) for improvement of security and education, among others.

The past Clerks, who received the awards include Dr. Mohammed Adamu Fika (190-1994); Ibrahim Salim (1994-2005); Nasiru Ibrahim Arab (2005-2010); Asiwaju Oluyemi Ogunyomi (Jan. 2010- Aug. 2010); and Dr. Salisu Abubakar Maikasuwa (2010-2016).
Also in attendance was Festus Dawodu, Permanent Secretary, Special Duties, Office of Secretary to the Government of the Federation (SGF), representatives of security chiefs, senior officials from within National Assembly, MDAs, among others.