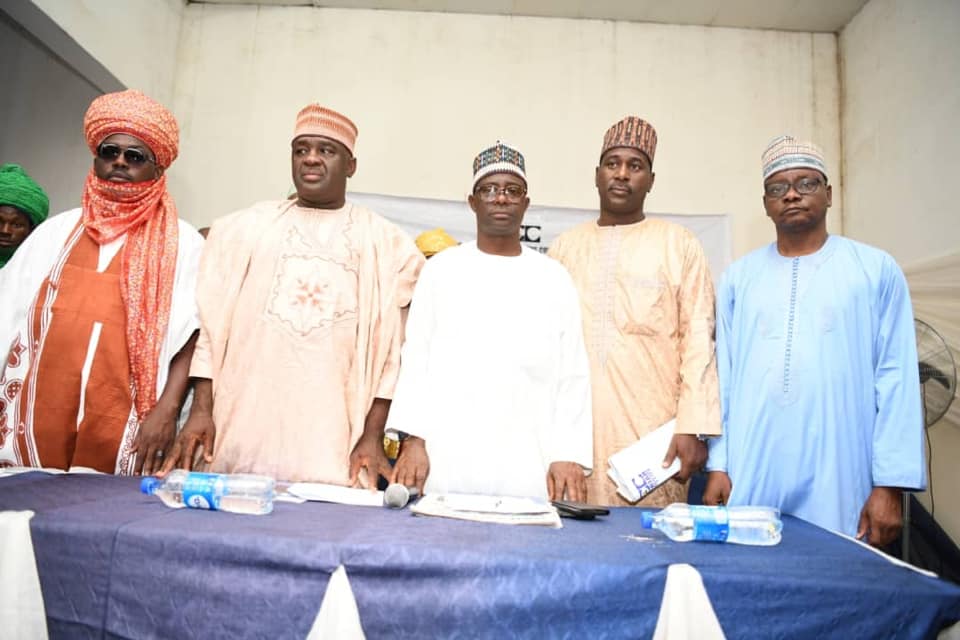 Click to view pictures.
The Nigerian Communications Commission (NCC) has again charged telecom consumers to be more vigilant while surfing the Internet or carrying out online financial transactions to avoid falling victims of cybercriminal traps.

The Commission re-echoed the call during the 52nd edition of the Consumer Town Hall Meeting (CTM) held in Kura Local Government Area, Kano State on Thursday in continuation of its monthly sensitisation of telecom consumers under the theme: 'Mitigating Effects of Cybercrimes: the roles of the Telecom Consumers.'

The theme reflects the centrality of the consumer as one of the principal players in the telecom value chain and whose activities may be threatened by cyber criminals with intent to defraud uninformed and unsuspecting Internet users.
Addressing a large audience of telecom consumers at the grassroots sensitisation, Director, Consumer Affairs Bureau, NCC, Felicia Onwuegbuchulam, said continuous education and enlightenment of the consumers has become imperative in light of the growing threats and sophistication of cybercrime in its various forms globally.

Onwuegbuchulam, who was represented by Head, Information and Reference, NCC, Ismail Adedigba, called on all consumers to pay great attention to the issues being discussed, describing cybercrime as "one of the leading threats of the 21st century which constitute great dangers to all sectors of our daily lives on the Internet."
She listed and explained some of the most common Internet crimes to the excited consumers. These include financial fraud, impersonation/identity theft, fake news, using Internet to promote violence, hate speech, online child molestation and child bullying, all of which are orchestrated by the popular 'yahoo- yahoo' swindlers within the Nigerian context.

According to Onwuegbuchulam, the Commission is not limited in its general mandate of providing good regulatory frameworks for the industry, ensuring that all operators are properly licensed, ensuring good and acceptable quality of service (QoS) but has another important mandate of ensuring that consumers get satisfaction from services provided and are adequately informed and educated on how they can be safe and protected online.
"So, as telecom industry keeps evolving and changing to accommodate more technology developments, it has also become imperative for the Commission and its stakeholders to meet from time to time to discuss consumer-centric industry challenges and proffer collective solutions.
"There are technological forces underway that will disrupt the industry. We are talking of technologies such as broadband and the Fifth Generation (5G) network which is set to take over the existing Fourth Generation (4G), a technology shift the Commission is already working to accommodate," she said.

She further stated that preparation for 5G has become important, as technologies that are broadband-dependent such as Big Data, Artificial Intelligence (AI), the Internet of Things (IoT), Smart Cities and Smart Communities (SC&SC) and Augmented Realities (AR) also will ride on effective deployment of 5G networks.
The Director added that the NCC, in its effort to reduce the effects of cybercrime and increase cyber security awareness, has developed the Internet Industry Code of Practice to deepen ethical provision and use of Internet in Nigeria.