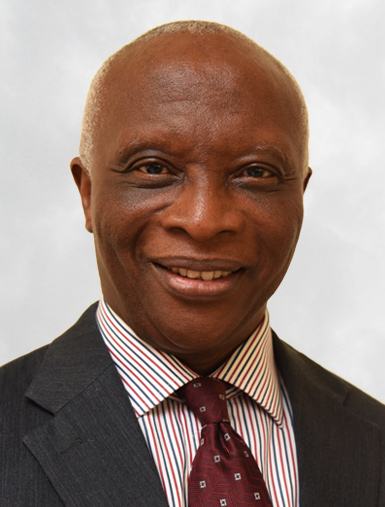 Mr. Clement Omeiza Baiye is a Commissioner / Member of the Board of the Nigerian Communications Commission.

A native of Okene, Kogi State, Mr. Clement Baiye proceeded to the Ahmadu Bello University (ABU) Zaria after successfully completing his primary and secondary education, where he obtained a B.Sc, Political Science in the Upper Class Division in 1977. Thereafter, he joined the New Nigerian Newspaper in 1978 as a Diplomatic Correspondent/and Associate Editor.

In between his journalism career, he went to the United Kingdom where he embarked on a Masters Degree programme with the University Of Warwick, UK and obtained MA, International Studies in 1981. Between 1982 and 1984, he rose to become the Managing Editor/General Manager at the New Nigerian Newspapers before moving over to the banking industry where he took appointment as the Communications/Corporate Affairs Manager at NAL Merchant Bank Limited. He was promoted to the position of Head, Human Resource Management of the bank in 1987.

Between 2003 and 2009, Mr. Baiye presided over the editorial affairs of the New Age Newspapers as the Chairman, Editorial Board.

In the course of his professional and management career, Mr. Clement Omeiza Baiye has also undertaken several high profile management courses, including the Advanced Management Programme, Templeton College, Oxford, in 1988, and another at Haggai Leadership Centre in Singapore in 1998. In November 2015, Mr. Baiye undertook the Leadership and Finance Programme at the prestigious Harvard University Graduate School of Design.

Mr. Clement Baiye's foray in respected multidisciplinary careers has made him an icon of the boardroom. He is the Chairman of Habitat Trust Limited a company developing housing estates in lbadan, Lagos and lkorodu. He is a media entrepreneur and human resource expert with extensive experience in corporate board matters and public affairs. Baiye is a member of the Council of Knowledge Experts of the Gerson Lehrman Group (GLG).

He currently serves on the boards of Capital Consortium Limited, Security Swaps Limited, and Regency Alliance Insurance Pic. He is Chairman of the Board of Trustees of Societal Positive Impact Initiative [SPIN] a nongovernmental organization involved in mentoring the youth, and of Warwick University Nigeria Alumni Association.

Since 2001 when he established Verity Communications Ltd, a bespoke publishing outfit which produces publications on behalf of private and public sector organizations, he has presided over the affairs of the company as the Chief Executive Officer. He also looks after Verity Associates, a human capital outsourcing outfit.

With his impressive media career, human resource expertise, extensive boardroom experience, Mr. Clement Baiye, a public affairs and policy analyst, with strong ties to the media, is a regular guest on radio, television networks and other media platforms.

He is married with children.