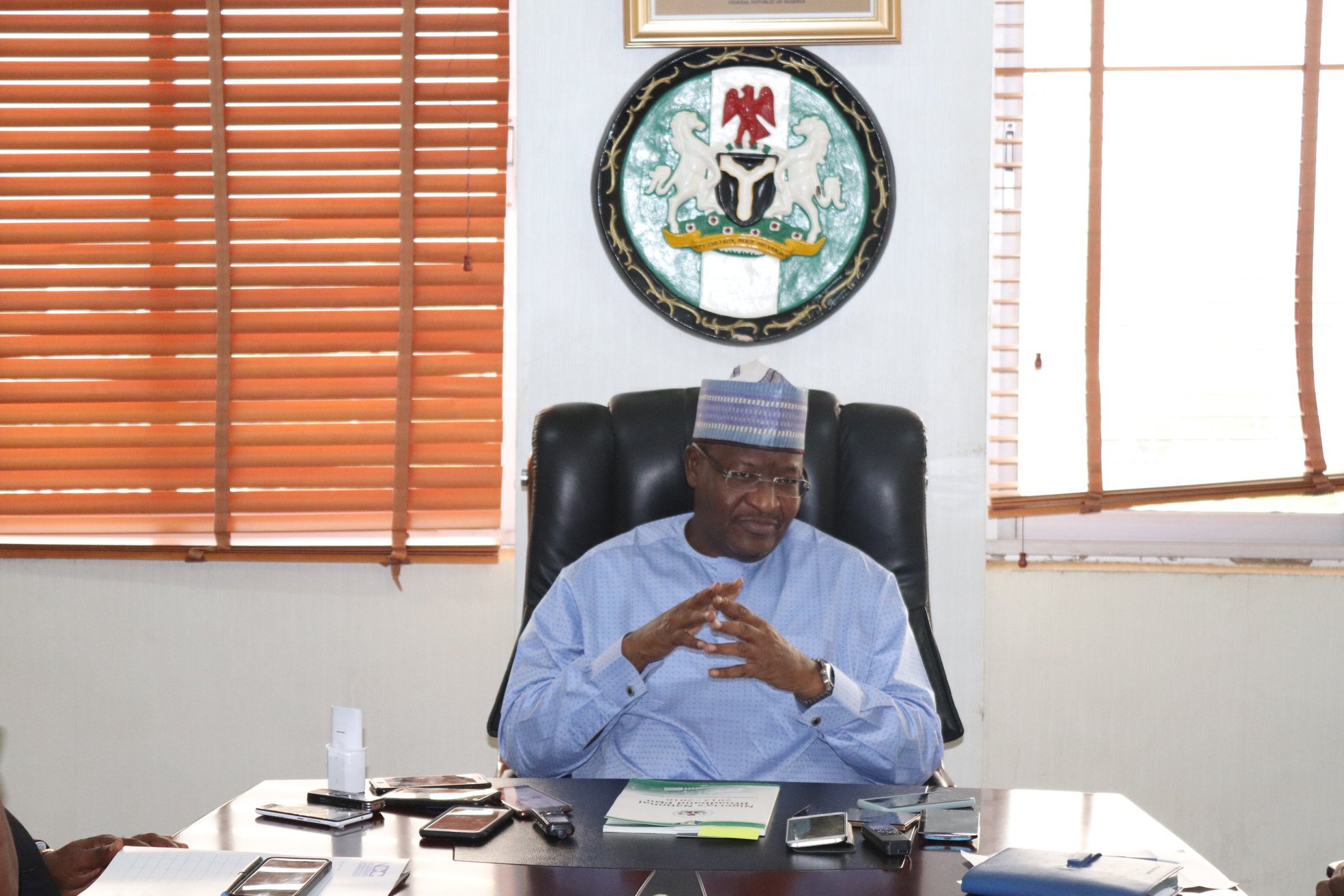 Click to view pictures.
The Executive Vice Chairman (EVC) of the Nigerian Communications Commission (NCC), Professor Umar Garba Danbatta, said that Nigeria’s broadband penetration, according to the ITU/UNESCO policy forum, is currently at 22%, indicating that the minimum target to reach 20% by 2017 was met.

The EVC, at a session with journalists recently, explained that the minimum and maximum targets set was 20% and 30% respectively. Professor Danbatta further stated that the International Telecommunications Union/United Nations Educational, Scientific and Cultural Organization policy forum would release the latest broadband penetration figures by September 2018.

He said that, “Nigeria’s broadband penetration was between 4 to 6% in 2013 when the target was set and the NCC has since, licensed infrastructure companies (Infracos) to deploy fibre network in various regions of the country.
“There is an initiative under the office of the Vice President, but being driven by some licensees of the NCC to deploy 18000km of fibre infrastructure.
“The whole idea is to add 18,000km of fibre in addition to the 38,000km of fibre that we have already on the ground, to make it 56,000km.”

He also stated that a subsidy of around Three Billion Naira (N3b) had been budgeted to be paid piecemeal to the infrastructure companies to deploy the fibre. This payment will be predicated on milestones by the licensees.

The challenges to broadband penetration in Nigeria include multiple taxation and Right of Way issues, most of which the NCC is working very hard to address.
The Commission has had very fruitful talks with the Nigerian Governors Forum (NGF) in this regard.

Speaking on the sale of 9mobile to Teleology, the EVC stated that a 15.3 billion naira debt owed the NCC and Federal Government by 9mobile had stalled the sale, but about half had been paid and the technical evaluation and due diligence on the sale have almost been concluded.

Professor Danbatta said that, “9mobile owed N12b Annual Operating Levies (AOL) for two years, numbering fees of N1b and spectrum fees of N2.3b and on paying the spectrum fees, half of the AOL and half of the numbering fees, the NCC transmitted a letter of ‘No Objection’ to allow the transfer of shares to United Capital from Emerging Markets Telecommunications Services (EMTS), the original owners of Etisalat Nigeria.
“As soon as they meet the next conditions and the technical evaluation of Teleology is concluded, we will again transmit the final approval letter of ‘No Rejection’ for transfer of shares from United Capital to Teleology.”

The EVC also reiterated NCC’s commitment to stopping illegal call masking operations in Nigeria.
“We have discovered that call masking is being perpetrated with small movable devices called SIM boxes and we are in the process of choosing the best from a list of technology solutions used in other countries, to block the devices, track and apprehend the culprits”, he said.