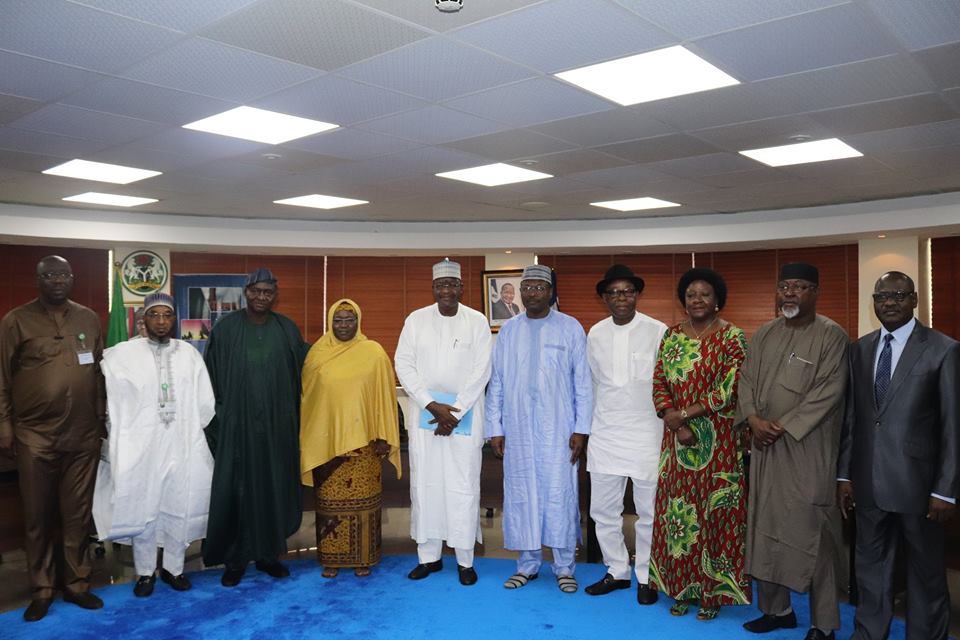 Click to view pictures.
Efforts toward free, fair and credible elections next year have received another major boost yesterday, as the leadership of the Nigerian Communications Commission (NCC) and the Independent Electoral Commission (INEC) met to review the outcome of the report of the joint committee they set up early this year on electronic transmission and collation of results.

The Executive Vice Chairman of the NCC who spoke after the meeting, which had in attendance the INEC boss, Prof Mahmood Yakubu, the Executive Commissioner Technical Services (EC-TS) of the NCC, Engr Ubale Maska, national commissioners of the electoral body and top echelon staff of both the two agencies, described it as a huge step toward entrenching free, fair and credible elections in the country.

“Remember this joint committee was set up 7 months ago. They’ve worked hard, and the whole idea was to produce a document on the basis of which elections can be conducted in a manner that’s conducive, credible, and of course, transparent. This can only be done by leveraging the power of Information Communications Technology.  So this is to bring to bear global best practices in the way and manner elections are being conducted all over the world,” he stated.

Earlier, Yakubu had expressed his delight with the way the Prof Danbatta-led NCC picked up the gauntlet thrown by the INEC as well as the efforts of the joint committee of the two organizations.

“When we started we were clear in our minds that we must challenge every national institution to contribute towards free, fair and credible elections in Nigeria. We are happy that the NCC has risen to this challenge.
“And we look forward to implementing these recommendations. If there are other areas we need your collaborations we hope you will remain open to us to do so. But we are very happy that one major national institution has been challenged and has risen to the challenge,” he noted.

It could be recalled that in January this year, the NCC and INEC, in a deal acclaimed to have the potential of playing a major role in the outcome of future elections in the country reached an agreement on the electronic transmission of results in the 2019 general election.