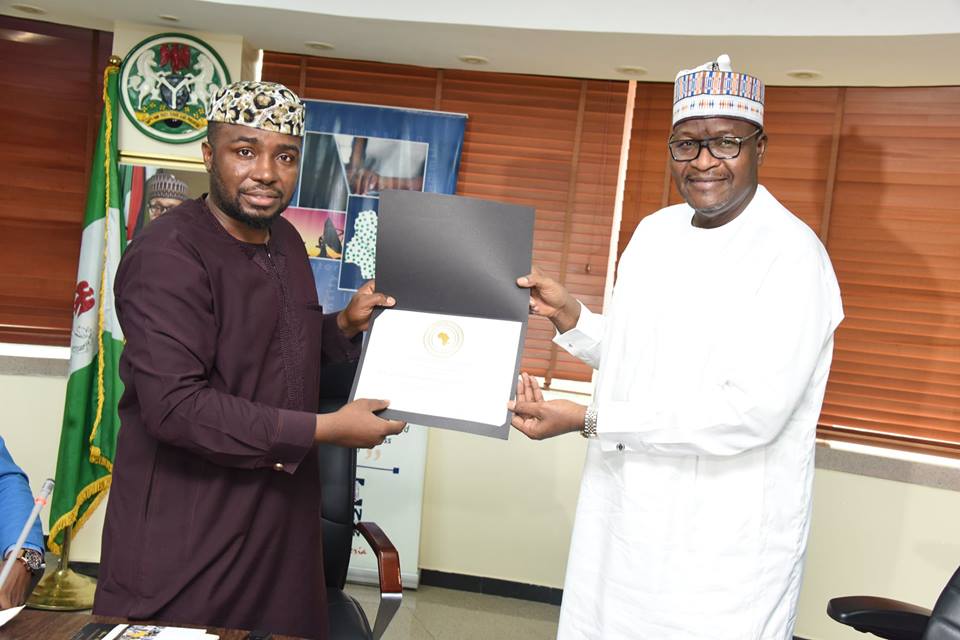 The organizers of the African Achievers Awards presented the African Organization of the Year 2018 Award to the Nigerian Communications Commission recently. The award ceremony was held on July 5th at the United Kingdom House of Parliament in London, with a focus on girls right to education in Africa.

While presenting the award to Prof Umar Garba Danbatta, EVC/CEO NCC in Abuja, Tonye Rex Idaminabo, Principal Partner, African Achievers Awards, said the NCC has been very influential to the growth of the telecommunications sector in Nigeria and has contributed to the improvements in education through ICT.

Idaminabo stated that, “millions of people now have access to telecommunications services and telecom companies are accountable to customer services experience.
“We are excited and it is our motive to encourage and spur achievers across the continent to meet up to standards by honoring leading organizations.”

Professor Umar Garba Danbatta expressed delight that the Commission is being recognized, not only by people within the country but also by global observers.
The NCC Boss further stated that, “the basis for recognition is the way and manner we have empowered and protected the consumer, and the recognition rhymes with an important item of our eight-point agenda which is empowering and protecting the consumer”.
“Since the declaration of 2017 as, ‘year of the telecom consumer’, the level of activation of the ‘Do-Not-Disturb (DND) 2442 short code by consumers has climbed from half a million before the campaign to almost ten million currently.”
“The level of resolution of complaints by telecom companies have increased and calls to the NCC 622 toll free line and complaints resolution through the facility has equally seen a spectacular rise.”

Danbatta reiterated that the NCC is deploying information and communication technology in key sectors of the nation, among which is education, in order to improve learning and teaching in Nigeria’s educational institutions.
“One of such programmes of the NCC is the Advanced Digital Awareness Programme for Tertiary Institutions (ADAPTI) intended to build human capacity in the universities on how they can leverage the power of information and communication technology in content delivery in the universities”, he said.