Danbatta told the panel which was moderated by Nigeria’s Shola Taylor who is also the Secretary General of the Commonwealth Telecommunications Organisation (CTO) that the NCC has put in place the agenda to encourage investors. "Two of the prominent goals are related to deployment of infrastructure for broadband and efficient utilization of Spectrum to benefit all Nigerians in all the regions" 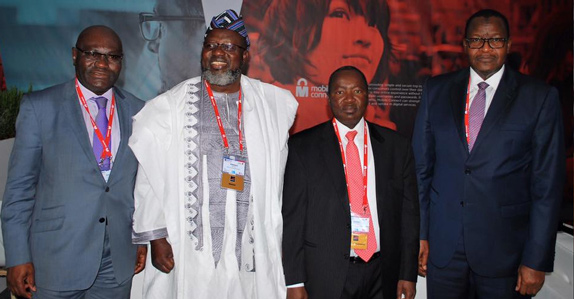 He told the audience which included Secretary General of African Telecommunications Union (ATU), Mr. Abdoukarim Soumaila, Deputy Minister, Telecoms and Postal Services for South Africa, Prof. (Ms.) Nlengiwe Mkhize, Meg. Charles-Horn (Africa mobile Networks), Shiletsi Makhofane (Ericsson Sub-saharan Africa), Mr. Mortimer Hope, Director Africa for GSMA, Alan Marcus (World Economic Forum) and Nkateko Nyoka of Vodacom Group among others, that the NCC will keep fate with the National Broadband Plans and in line with this, the country now has seven zones and each zone will have one operator which will deploy broadband services to every part of that zone.

So far, two infrastructure licences have been issued for Lagos and North Central Zones including the Federal Capital Territory, Abuja and the process for issuing licenses for the other five zones has begun.

Danbatta assured that "the regulatory framework has been put in place to ensure a transparent licensing process because we really want to bridge the digital divide."

"We want to bridge the digital divide by addressing infrastructure divide and we will be transparent and open about this." Danbatta further submitted.

Earlier in his presentation, Soumaila bemoaned the general poor connectivity of African continent despite huge investments so far by the 46-member Nations of ATU.

Chief Officer, Regulatory Affairs, Vodacom, Nkateko Nyoka said to bridge the digital divide, emphasis has shifted from voice to data and “we need skills to run sustainable businesses”. He advised regulators to make clear goals in terms of Spectrum allocation”.

For Shiletsi Makhafane, Head, Government and Industry Relations, Ericsson Sub-Saharan Africa, despite the seeming digital divide, there are more mobile phones than TV sets but admitted that "we can reach more people through mobile broadband."

Meg Charles-Horn of Africa Mobile Networks, said adequate connectivity is the only way to bridge the digital divide and “we want to galvanize the opportunity for everyone to have connectivity hence our partnership with the operators across Africa”.

Alan Marcus explained that the digital divide is everyone’s problem and it is not exclusive to Africa.

On the South African experience, Prof. Mkhize told the audience that internet provides GDP growth and has helped to connect remote communities that have been cut off by the outlawed apartheid regime of the past.

"Mobile technology has brought the people together and this has transformed the social and economic activities across the country," she said.