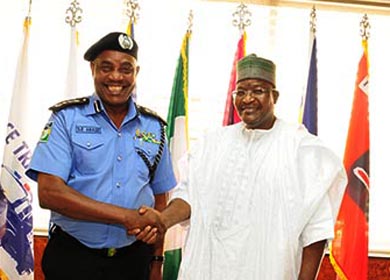 Considering the pivotal role telecommunications plays in the lives and economic wellbeing of any country, no effort should be spared in protecting the infrastructure and platforms of the industry, according to Executive Vice Chairman (EVC), of the NCC, Prof. Umar Garba Danbatta.

But NCC is concerned about increasing cases of illegal sealing up of telecoms Base Transceiver Stations (BTS) across the country by various persons, including organizations, communities, agencies of the Federal State and local government at times using law enforcement offices.

Danbatta who led a team of NCC Directors and officials on a courtesy visit to the Inspector General of Police (IGP), Solomon Arase in Abuja recently, lamented that apart from the actions being illegal, they also violate criminal Justice Miscellaneous Provisions) Act, CAP C39, laws of the Federation of Nigeria, 2004. Sealing up of Base Stations also has its social implication that is cutting off subscribers from communicating thereby degrading quality of service, which is already a major concern.

Acts of willful destruction of telecoms infrastructure, cutting of fibre optics and general vandalism have become very worrisome, hence the proposal for the institution of a critical infrastructure law that will require the police to monitor and protect public infrastructure.

“While we seek your support for urgent actualization of this law, we wish to implore you to see to the use of the current provisions of the law to ensure that individuals found to be engaged in willful destruction of telecoms infrastructure are timely prosecuted,” Danbatta pleaded with the IGP. 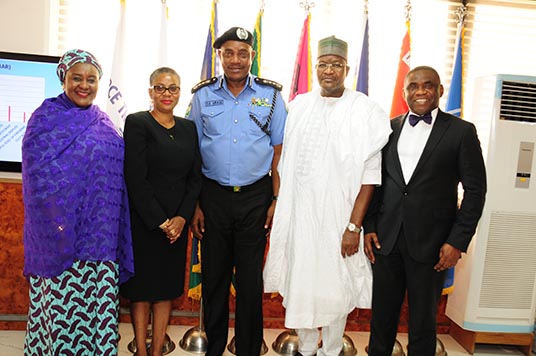 Both agencies of government, recently pledged to collaborate on vital issues concerning security of telecoms infrastructure and capacity building for modern policing which the IGP, Solomon Arase, stressed, forms the bedrock of modern security practices.

While the EVC, used the opportunity of the visit to place a request list on the table of the Inspector General of Police, Solomon Arase, which includes the intervention of the IGP in the following areas: Illegal Sealing of Base Stations, Protection of Critical Telecom Infrastructure, Stealing of Telecom Equipment, and Prosecution of Cases on Contraventions of NCC Regulations; an excited IGP lauded the role of modern telecoms in tackling national security challenges, citing kidnapping as one area where the role of GSM has been pronounced.

Explaining that over the years the telecommunications sector has grown in leaps and now forms the super structure of modern lifestyle, social and economic practices, Danbatta told Arase that except something was done urgently the adverse practices as listed above will hurt the industry and impact very negatively on life in the country; "Virtually all the financial transactions, mobile money and mobile banking are made possible as a result of the infrastructure and platforms provided by the telecom industry." 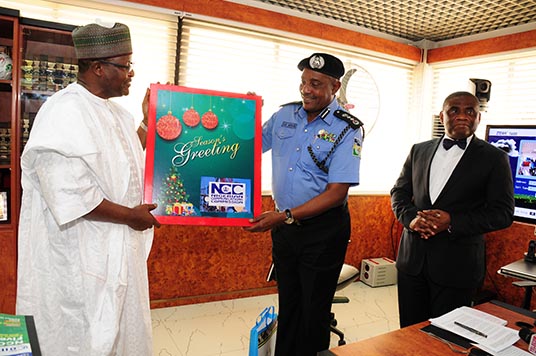 The vibrant social media industry that we are witnessing today is made possible by the platforms provided by the telecom industry. The telecom and ICT industry currently contributes about 10% to the GDP of this country. It is therefore evident that telecommunications impact positively on our lives, our families, businesses, governance, security, and even our social lives, and even in our international relations,” Danbatta explained while appealing to the IGP to help provide security for the protection of these vital facilities.

Danbatta recalled that several arrests have been made over the past two years, of those involved in either the use of pre-registered SIM Cards or those perpetrating other criminal acts. Although the Police were part of the compliance team of the Commission which carried out the arrests, most of the cases were either thrown out for lack of proper investigation or lack of diligent prosecution. Danbatta who recently released an 8-point Agenda aimed at repositioning the telecommunications sector told the IGP that as the Commission under him was putting more emphasis on sanitizing the telecom environment and enforcing compliance to its regulations, he would need the law enforcement community, especially the police to support his efforts.

Arase who expressed the readiness of the Force to work with the Commission immediately proposed the setting up of joint teams, drawn from the Police and the Commission which will handle telecom related cases