NCC Gets Applause for Effective Regulations 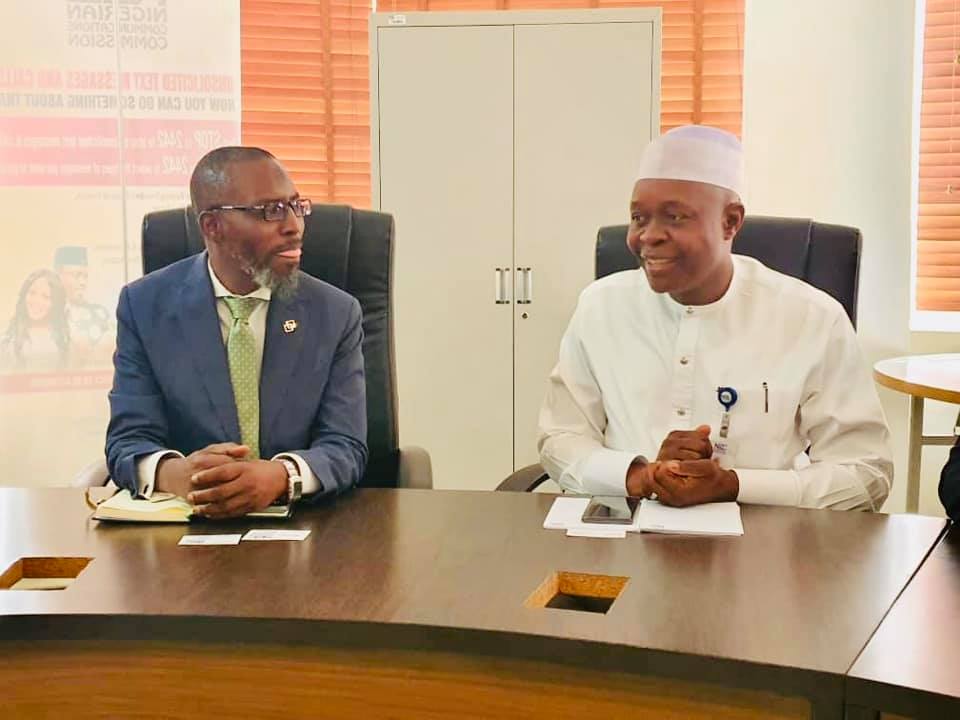 Click to view pictures.
The Nigerian Communications Commission (NCC) has been applauded for its efforts in ensuring effective regulations aimed at protecting the rights and interests of consumers of telecom services as well on its efforts in promoting the provision of improved services at fair and affordable prices to Nigerians.

The commendation came from the Management of Jaiz Bank, Nigeria’s first Islamic non-interest commercial bank, which paid a familiarisation visit to the Commission (NCC) to seek areas of collaboration between the two corporate entities.

Speaking during the visit on Thursday (27/02/2020), Hassan Usman, the Chief Executive Officer of the Bank, said while Nigeria has not reached the promised land of telecom regulation, the “NCC deserves commendation for its efforts in consistently ensuring regulatory efforts that have now made telecoms services more affordable to majority of Nigerians, a reality that can easily be benchmarked against what is happening in other countries.”

Usman also affirmed that the fact that ICT had become crucial to the development of every sector of the economy with positive multiplier effects in the life of every business and Nigerian, is the reason NCC deserves commendations.

The Jaiz Bank CEO equally noted that because banks currently rely on broadband Internet to provide efficient and effective services through seamless connectivity for intra and inter-banking services provision, the Commission’s efforts in further deepening access to seamless broadband connectivity to businesses and individuals have been of tremendous benefit to Jaiz Bank.

Speaking about the bank’ operations, Usman said it remains the first Islamic commercial bank established by the Federal Government to operate on a non-interest business model, which makes it different from conventional banks that charge interest in every area of its transaction.

He said the bank was committed to supporting individuals, the public and private sector to attain financial goals through loans for mortgage, supporting start-ups as well as those in real estate businesses. Overall, Usman said the significant role NCC plays and does well, necessitated the visit to the Commission to see how NCC and its staff can work with Jaiz Bank to derive banking benefits from Jaiz Bank financial services.

Responding, Yakubu Gontor, Director, Finance Services, NCC, who received the bank’s team on behalf of Prof. Umar Danbatta, the Executive Vice Chairman of NCC, thanked the Bank's Management for its recognition of the regulatory role of the NCC in deepening access to broadband, which has enhanced promotion of digital financial inclusion in the country.

Gontor noted that, though the Commission, like other Ministries, Departments and Agencies (MDAs), now remits directly to the Treasury Single Account (TSA) domiciled with the Central Bank of Nigeria (CBN), is paid from the TSA by the CBN as directed by the Federal Government.

Gontor, however, called on the Bank to patronise the staff of the Commission to open accounts since its has enticing packages at low interest rates to support mortgaging and loans. Gontor also tasked the Staff Cooperative of NCC to leverage on the opportunities at Jaiz Bank to source funding to build its proposed Staff Estate at Lugbe.