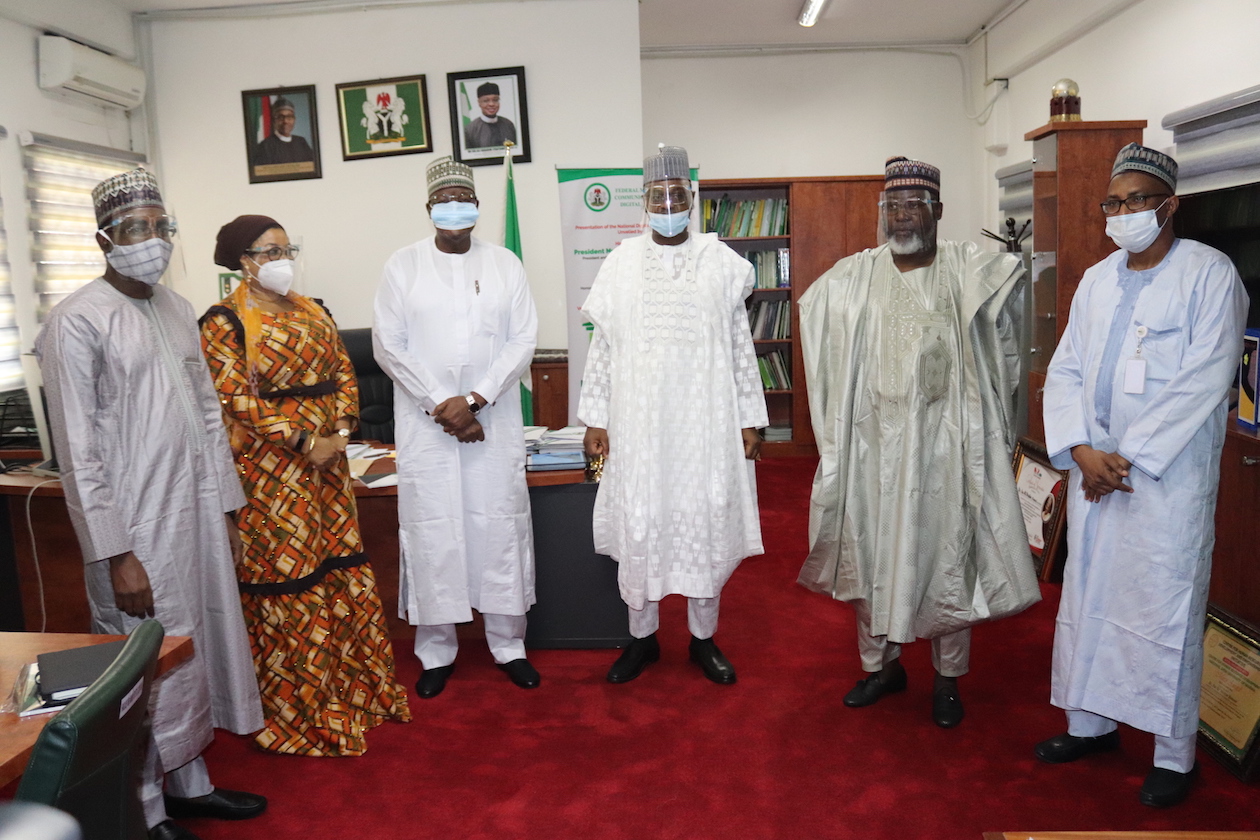 The Nigerian Communications Commission (NCC) has been saddled with the responsibility of leading the team that will ensure effective monitoring and steering of the overall implementation of the National Broadband Plan (NBP) 2020-2025.

While inaugurating the inter-agency and multi-sectoral committee in Abuja on Thursday, the Minister said the central responsibility and mandate of the Committee, which will have its secretariat in NCC, is to ensure “effective monitoring for implementation of the National Broadband Plan (NBP), 2020- 2025.”

The Minister said the inauguration of the committee was part of the ongoing journey for a Digital Nigeria, which had received a boost since his assumption of office in August, 2019.

“The journey started with the approval for the transformation of the ministry and its parastatals in October, 2019 from mere ICT institutions to digital economy institutions by the President. This was followed by the unveiling of the National Digital Economy Policy and Strategy (NDEPS) in November, 2019 and the development of a new NBP 2020-2025, which was launched by the President in March 19, 2020,” he said.

He explained further that all the efforts were meant to put Nigeria on the global digital economy map, supported by robust broadband infrastructure. He noted that under the NDEPS, Solid Infrastructure components which is the 3rd pillar will provide the bedrock for the realization of the country’s digital economy vision.

“In the new National Broadband Plan, there are many targets. Principal of which are to cover 90 per cent of Nigerian population with broadband access and 70 per cent broadband penetration by 2025. We also plan to achieve a broadband speed of 25 megabits per second (mbps) in urban areas and 10 mbps in rural areas by the end of implementation of the new Broadband plan,” Pantami said.

While noting that the implementation of the new NBP had started fully and is resulting in the increase in broadband penetration currently at 40.18 percent, up from 35.10 per cent in August, 2019, the Minister said the ICT industry contributed 14.07 per cent to Nigeria’s Gross Domestic Product (GDP) in the first quarter of 2020. He noted that increased broadband penetration will help Nigeria to achieve increased GDP growth.

The Minister, however, explained that problems of Right of Way, protection for telecom infrastructure and multiple taxations, which are critical to fast-track broadband infrastructure deployment and penetration are being addressed from all fronts. He added that the efforts are already yielding positive results with the engagement of relevant stakeholders including state government and the Nigerian Governors' Forum (NGF).