Beyond Telecoms Regulation, the EVC as a Diplomat 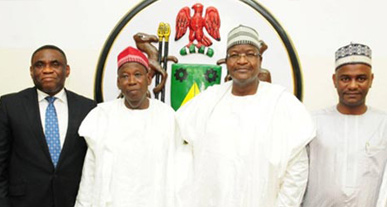 That telecommunications services have gained traction in Nigeria can only be evidenced by the encouraging figures coming out of the industry. Apart from the monthly reports of the Nigerian Communications Commission (NCC) which put subscription figures at 226,426,215 connected lines for the month of July, 2016, 150,262,066 active lines, 92,181,178 internet subscribers and a teledensity of 107.33% within the same period, the National Bureau of Statistics (NBS) also recently ascribed huge growth rate to the sector.

According to the NBS figures, the telecommunications sector of the Nigerian economy contributed N1.580 trillion to gross domestic product (GDP) in the second quarter of 2016, or 9.8 per cent, which represents an increase of 1.0 per cent points relative to the previous quarter.

How ICT Can Reduce Poverty, By Prof. Danbatta 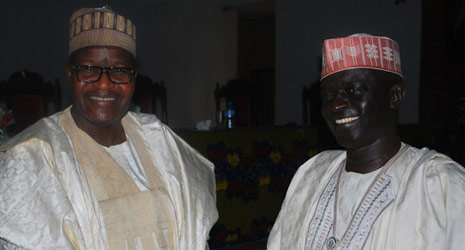 Prof. Umar Garba Danbatta, Executive Vice Chairman of the Nigerian Communications Commission, has said that although poverty can be pervasive in developing countries, the Nigerian Government is using the potency of ICTs to tackle it frontally. To this end, the Government has set up various ICT intervention agencies and programmes to contain poverty in the face of unexpected oil revenue crash.

Danbatta also said that the strategic vision of the Commission which is anchored on an 8-point agenda, among them, Facilitate Broadband Penetration, Improve Quality of Service, Optimize Usage and Benefits of Spectrum, Promote ICT Innovation and Investment Opportunities, and Promote Fair Competition and Inclusive Growth, just to name a few, will contribute in no small measure to Government’s efforts in fighting poverty with ICTs.

However, in the pursuit of ICTs for development and poverty reduction three things are very important. They are the three As – Access to Service, Availability of Service and Affordability of Service. 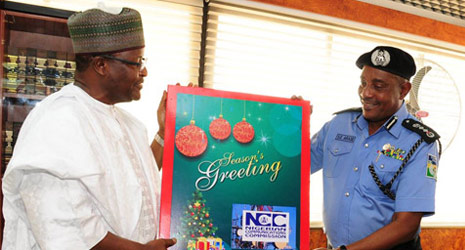 Considering the pivotal role telecommunications plays in the lives and economic wellbeing of any country, no effort should be spared in protecting the infrastructure and platforms of the industry, according to Executive Vice Chairman (EVC), of the NCC, Prof. Umar Garba Danbatta.

But NCC is concerned about increasing cases of illegal sealing up of telecoms Base Transceiver Stations (BTS) across the country by various persons, including organizations, communities, agencies of the Federal State and local government at times using law enforcement offices.

Danbatta who led a team of NCC Directors and officials on a courtesy visit to the Inspector General of Police (IGP), Solomon Arase in Abuja recently, lamented that apart from the actions being illegal, they also violate criminal Justice Miscellaneous Provisions) Act, CAP C39, laws of the Federation of Nigeria, 2004. Sealing up of Base Stations also has its social implication that is cutting off subscribers from communicating thereby degrading quality of service, which is already a major concern. 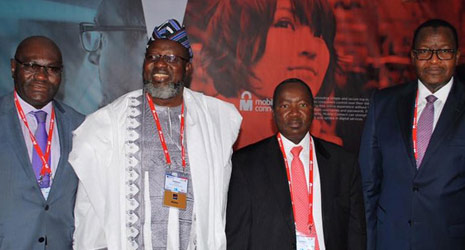 Danbatta spoke during a panel discussion in Barcelona, Spain, on the topic “is closing the digital divide in Sub-Saharan Africa myth or reality”.

He assured the International Community that the NCC’s eight-point agenda has been carefully packaged to cushion all aspects of investments, especially "as we move to the next frontier of ICT revolution – broadband for internet connectivity."

The panel discussion was a part of the Regional summit for Sub-Saharan Africa at the just concluded, Mobile World Congress (MWC) by GSM Association, in Barcelona, Spain. 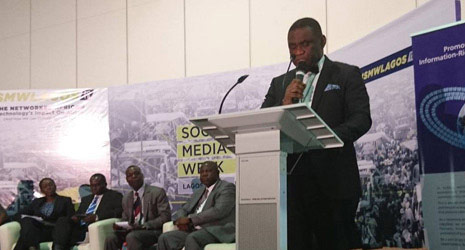 The Nigerian Communications Commission, NCC, made a perfect hit last week when it chose the platform of the Social Media Week which held in Lagos from February 22-26, 2016, to draw the attention of netizens to the Cybercrime Act which was signed into law in May last year. Addressing a very youthful population who mostly live their life in the cyber ecosystem, the Executive Vice Chairman of the Nigerian Communications Commission, Prof. Umar Garba Danbatta charged them to acquaint themselves with the contents of the Act in order to be properly guided in their cyber operations.

Speaking through Mr Tony Ojobo, Director, Public Affairs, at the main stage event, Danbatta observed that the Cybercrime Act has become law since May last year; it was therefore imperative for New Media practitioners to familiarise themselves with the contents of the law as it affects their practice. Pointing to various sections of the Act, he explained that the Act does not encumber freedom of expression as erroneously believed but instead it seeks to protect those whose freedom may be damaged by the freedom freely expressed by others.